The Eighties weren’t all New Wave, Euro Disco, George Lucas and shoulder-pads, you know: it was also a hotbed of kickass literature. So put down your curling tongs and leotard, and check out this selection: ten eighties’ classics that still rock our world today.

A feminist classic, Atwood’s nightmarish vision of a dystopian future where women are brutally subjugated (their assets are frozen, they’re not allowed to read, they’re kept as concubines for breeding purposes) is a terrifying and compelling read. Plus it’s a fantastic counter-example for anyone who claims SF is a boys-only zone.

Moore’s multi-faceted, incredibly violent and ethically provoking graphic novel about vigilante justice, superheros, spent youth and looming nuclear terror is a must-read; if the 2009 movie adaptation left you all fired up, well, the original comic leaves it for dust. Definitely not for the faint-hearted, though.

Robinson is more famous nowadays for her other two novels, Gilead and Home, but Housekeeping ought to be added to the must-read list: a pretty poetic novel, it’s about three generations of women and their homestead in Idaho, why they leave and why they return. Robinson’s prose is gorgeous but she’s also quietly hilarious, and the oddities of Ruth, Sylie and Lucille will linger with you for years.

Hands down the funniest book we’ve ever read (sorry, David Sedaris), Confederacy tells of the tribulations of the fat, grumpy and slothful hero, Ignatius J. Reilly, bane of his mother’s life and sufferer of digestive problems of ‘the valve’, as everybody around him tries to force him into gainful employment. And it’s set in New Orleans – always a bonus!

Okay, we flagged up Watchmen  as violent, but it has nothing on this: Mccarthy’s known for his gory treatises on the Tex-Mex border, and Blood Meridian takes it to an extreme. Set in the mid-1800s it follow an unnamed teen, ‘the kid’ as he joins up the Glanton Gang, a real-life crew of scalp hunters that massacred native Americans for cash and/or kicks. Horrific, stunning, compelling and enormously scary – a masterpiece.

From hilarity to tragedy: The Color Purple is heartbreaking and affirmative account of an African American woman’s journey from being an abused child and a victim of brutal domestic abuse to a literate adult surrounded by a community of strong, supportive women. It’s set in Georgia in the 1930s, and though it may sound corny, it’s fantastically well-written as well as being a really interesting take on the subversion of traditional gender roles.

A university professor running a course called ‘Hitler Studies’, whose town is under threat by a spreading poison cloud referred to by officials as an ‘Airborne Toxic Event’ and who’s absolutely terrified of death? Perfect. DeLillo’s amazing, sure, but this one really is a high point – academic satire, apocalyptic terror, domestic chaos – it’s got everything. And the prose? Unbeatable. 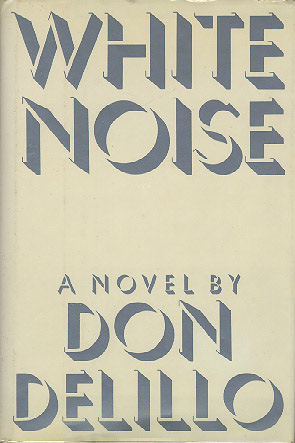 Tan’s tightly structured story-cycle is usually marketed as a novel about Asian-American immigrants, and that does summarize the theme; more importantly, though, it’s about family memory and heritage and its four parts tell the stories of two generations of four Chinese families as they leave their homeland and settle in San Francisco. You can read the different strands independently, but all together, they combine to form a really powerful portrait of the unity and disunity between parents and children over two countries.

A butler’s diary, this novel is one of the odder love stories you’ll ever read. It’s ostensibly all about the upstairs/downstairs life of working for Lord Darlington, and it – or more correctly, its narrator, Stevens – is obsessed with dignity and propriety. It’s more properly about memory, though, and how we construct and repress pleasant or painful memories, and how we construct versions of ourselves and our lives that aren’t always sustainable. It’s funny, fascinating, and very, very poignant.

Adopted as a baby by a Christian fundamentalist and later persecuted for her sexuality, the teen protagonist of Winterson’s debut novel eventually runs away. The north of England setting, the black humour of her household’s traditions, the grim reality of homophobia: this is powerful stuff. There was a really good BBC TV serialization of the novel in 1990, and Winterson’s more recent memoir of her childhood also gives a sideways glimpse behind the scenes, but there’s still no beating the original book.

RT @SoVeryFinnish: When you're the happiest country on earth again and you just can't hide your excitement https://t.co/koJCIR0xuU
- Saturday Mar 20 - 2:23pm

RT @SoVeryFinnish: When everyone wants to know the secret to your happiness 🙂 https://t.co/5z8KDpBYCH
- Friday Mar 19 - 4:00pm