Each decade throws up so many television classics that we’re not sure there’s any period we’d say was devoid of interest. The eighties had The Golden Girls; the nineties had Xena; the naughties had Six Feet Under. But we’ve got a soft spot for the seventies, what with its glam rock and disco credentials, and we reckon we can convince you, too, that the seventies were, in fact, the real golden era for cult TV. Let’s take a look…

Sure, it premiered in ’69, but just barely, and it ran all the way through to ’74. Who hasn’t got a favourite Brady kid? Who didn’t covet that classy indoor flowerbed that ran beneath the stairwell? Rarely has any set of step-siblings gotten along so well, or looked so symmetrical in an opening credit sequence. Love ‘em or hate ‘em, nobody’s indifferent to the Bunch: a definite televisual touchstone.

Again, it first aired about six weeks before the sixties died, but it powered through the seventies and beyond, introducing kids to a cast, a setting, a theme tune and an ethos that are all still beloved today. What was particularly notable about the show at the time was its use of a multicultural cast; in fact, in 1970, a state commission in Mississippi banned the show in that state, claiming that citizens weren’t ready for its ‘highly integrated cast of children’. We’re quite sure that they called that one wrong…

An adaptation of a film which was in turn adapted from a novel by Richard Hooker, M*A*S*H debuted in 1972 and ran through until 1983. It was all about a team of American medics based in Korea during the war, and the early episodes were based on the real-life experiences of actual war-time doctors, and because it aired when the US was still in Vietnam it managed to work as a commentary on tat conflict while not directly referencing it. Winning fourteen Emmys before it ended, it’s still one of the most highly-rated shows in US TV history.

You probably think of the eighties when you think of Dallas – the hair, the clothes, the desperate obsession with money! – but don’t forget that it landed in 1978 and the first three series were seventies’ kids. You had the Ewings and the Barneses, hurricanes, kidnappings and cancer, and of course, the ever-present rivalry, intrigue and oil. Top cult stuff!

An Aussie soap set in a women’s prison – who wouldn’t want to watch that? A late-seventies venture that ran into the eighties, this was originally supposed to be a mini-series, but eventually ran to nearly 700 episodes. At home in Australia, it was called Prisoner, but in the UK that conflicted with the popular (and peculiar) series, The Prisoner, so it got re-titled. It was one of the first shows from down under to make any real impact on the US market and there’s even rumours about an imminent remake…

A US show about a crew of taxi drivers and their nasty dispatcher, this was comedy gold, winning, again, an armful of Emmys. Andy Kaufman was a cast member (remember Man on the Moon?) as was Danny DeVito, Christopher Lloyd, Tony Danza and more. A fine one for pub quiz trivia fiends, and properly funny to boot.

Diners, high school, heartbreak, family japes – Happy Days had the lot, but more than that, it had the Fonz! With its leather jackets and massively unrealistic portrayal of teenage life, it was a huge hit, and spawned a bunch of spin-offs that included two animated series and a music video by Weezer that was shot at the original Arnold’s Drive-In Hollywood set. Robin Williams appeared as Mork for the first time there, and more than one Happy Days musical has toured the worlds’ concert halls.

Speaking of Mork, Mork & Mindy was the story of alien Mork who ends up lodging with human Mindy with (of course) hilarious results. This was Williams’ first big gig, and at least one of his character’s catchphrases (Na-Nu Na-Nu, meaning hello) has passed into common parlance (kay-o, not so much). A sci-fi comedy, it was so popular that the first series was shifted about on the CBS’s schedule to replace the cancelled Battlestar Galactica.

Don’t mention the war! There were only ever two series made of this classic British comedy, which was set in a dodgy hotel run by the highly-strung short-tempered Basil Fawlty and his overbearing wife Sybil, along with put-upon maid, Polly, and hapless waiter, Manuel. Fans of Fawlty Towers know the episodes by heart, and Basil’s trials in facing hotel inspectors and German guests are the stuff of legend. If there’s a category that supersedes ‘cult classic’, this show ought to go there…

To end on a serious note, this 1976 BBC adaptation of Robert Graves’ historical texts, I, Claudius and Claudius the God was one of their most successful dramatic ventures to date, and though it’s perhaps not as well-known now as it was then, it ought to be. It starred Derek Jacobi (Gladiator, Gosford Park) as the Roman Emperor Claudius, Patrick Stewart as Sejanus and John Hurt as Caligula. With such an awesomely talented cast, it’s hardly surprising that its fictionalized treatment of historical facts made for excellent television.

There! By no means a comprehensive list, but proof enough, we think, that the seventies deserve the cult TV garland. But, more importantly, what do you think? 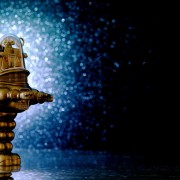