A titan in the world of science fiction and fantasy writing, Ray Bradbury was also one of the 20th century’s most charming literary characters. Credited with writing 27 novels and over 600 short stories, his motivation was the sheer joy of creation.  “Love what you do and do what you love. Don’t listen to anyone else who tells you not to do it. You do what you want, what you love. Imagination should be the center of your life.” he said in 2008. To celebrate a man whose attitude we love almost as much as his work, we’ve unearthed some fascinating lesser known facts about the formative years of his long and wonderful life.

1. He was given the middle name Douglas in homage to the swashbuckling silent movie star Douglas Fairbanks.

2. His most eclectic relatives included the American Shakespeare scholar Douglas Spaulding and Mary Bradbury, who was tried at one of the Salem witch trials in 1692.

3. His formative years in Waukegan, Illinois, were so happy that the town appears in numerous works as Green Town. It’s a symbol of safety and the setting of his modern classics Dandelion Wine, Something Wicked This Way Comes, and Farewell Summer.

5. He attributed to two incidents his lifelong habit of writing every day. The first of these, occurring when he was three years old, was his mother’s taking him to see Lon Chaney’s performance in The Hunchback of Notre Dame.

6. The second incident occurred when Bradbury was twelve and a carnival entertainer, one Mr. Electrico, touched the young man on the nose with an electrified sword, made his hair stand on end, and shouted, “Live forever!” Bradbury remarked, “I felt that something strange and wonderful had happened to me because of my encounter with Mr. Electrico…he gave me a future…I began to write, full-time. I have written every single day of my life since that day 69 years ago.”

7. The same year Bradbury began writing traditional horror stories and said he tried to imitate Edgar Allan Poe until he was about eighteen. He was also a huge fan of John Carter,  H. G. Wells, Jules Verne and Edgar Rice Burroughs. In fact, he loved Burroughs’ The Warlord of Mars so much that at the age of 12 he wrote his own sequel. 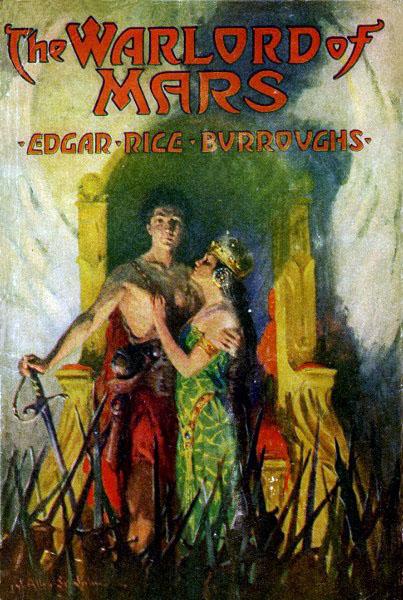 8. The young Bradbury was also a cartoonist and loved to illustrate. He wrote about Tarzan and drew his own Sunday panels. He also listened to the radio show Chandu the Magician, and when the show went off the air every night he would sit and write the entire script from memory.

9. In 1932, Bradbury also first started to do magic, which was to become his first great love. He once said that if had not discovered writing, he would have become a magician.

10. When the Bradbury family moved to Los Angeles, California in 1934, he often roller-skated through Hollywood in hopes of meeting celebrities.

11. During this time, he was thrilled to encounter Norma Shearer, Laurel and Hardy, and Ronald Colman. He also recounted seeing Cary Grant, Marlene Dietrich and Mae West, who he learnt made a regular appearance every Friday night, bodyguard in tow.

12. In high school, Ray Bradbury was active in both the Poetry Club and the Drama club, continuing plans to become an actor but becoming serious about his writing as his high school years progressed, but he did not attend college. In regard to his education, Bradbury once said, “Libraries raised me. I don’t believe in colleges and universities. I believe in libraries because most students don’t have any money. When I graduated from high school, it was during the Depression and we had no money. I couldn’t go to college, so I went to the library three days a week for 10 years.”

13. It was in UCLA’s Powell Library, in a study room with typewriters for rent, that Bradbury wrote his classic story of a book-burning future, The Fireman, which was about 25,000 words long. It was later published at about 50,000 words under the name Fahrenheit 451, for a total cost of $9.80, due to the library’s typewriter-rental fees of ten cents per half-hour. It took just nine days to write.

14. At the age of 22, Bradbury finally summoned up the courage to ask a girl out for the first time ever. She was a bookstore clerk named Maggie, who thought he was stealing from the bookstore because he had a long trench coat on. They went out for coffee, which turned into cocktails, which turned into dinner, which turned into marriage, which turned into 56 anniversaries and four children. She was the only girl Bradbury ever dated. Maggie held down a full-time job while Ray stayed at home and wrote, something that was virtually unheard of in the 1940s. 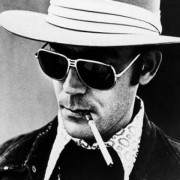