Predicting the future is not just over-tight silver suits. Although no one has yet invented a time machine (that we know of) – some inventive sci-fi writers have had some suspiciously accurate ideas.

The doodle-happy author of 20,000 Leagues Under the Sea was the man. Who could forget Captain Nemo’s electric submarine? Or the ‘projectiles’ in From the Earth to the Moon that carried passengers? But he also invented concepts. Written in 1889, his short story In the Year 2889 described an Earth Chronicle, a spoken word newsfeed where subscribers could hear ‘interesting conversations with reporters, statesmen and scientists.’ He also claimed that one day we could even advertise in the sky. Now that’s what I call a lofty idea. 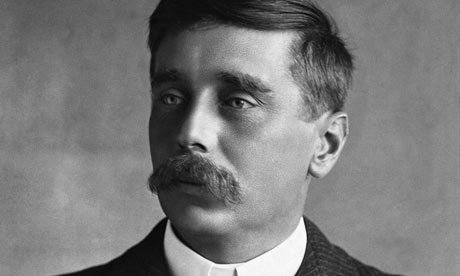 OK, no time machines, invisible men or War of the Worlds’ Martians arriving as yet – but in his book Men Like Gods, Wells had the idea of an answerphone  ‘…people do not talk together on the telephone. A message is sent…and there it waits until he chooses to tap his accumulated messages.’ Ordinary stuff – until you know he was writing it in 1933. Even more amazing were the tanks that appeared in short story ‘The Land Iron Clads’ – published in 1903.

Clarke – the brilliant man behind 2001: A Space Odyssey – had the best job title ever created: Chairman of the British Interplanetary Society. He developed the idea of the geosynchronous (round the earth) communication satellites in 1945. It was a reality by 1965.  He also talked about transferring contents of the human brain onto a computer. In 2005 he told the BBC ‘When their bodies begin to deteriorate you transfer their thoughts so their personalities would be immortal. Just save it on a CD-Rom and plug it in – simple!’ Not yet. But now people are working on related projects.

This brainiac – professor, prolific author and Mensa member, formulated the unique Three Laws of Robotics in the Robot series that began in 1953 – namely that 1) a robot could not harm a human being, 2) must obey its ‘master’ and 3) protect its own ‘life’ unless it conflicted with the previous two points. But this wasn’t all science fiction. It had a practical application – any piece of machinery should adhere to those laws, namely to function without harming the person operating it. In his book Foundation, considered a sci-fi classic, Asimov also predicted the Encyclopedia Galactica, a vast collection of all knowledge, maintained by thousands of researchers. Sounds familiar? Just check out Wikipedia.

Bradbury actually loathed technology and lived long enough to be anti-internet. But in his most famous novel, Fahrenheit 451, characters were plugging themselves into their personal stereos, quarter of a century before the Walkman was invented: ‘And in her ears the little Seashells, the thimble radios tamped tight…’ The mechanical hound in Fahrenheit 451 that sniffed people out by their perspiration – is now being applied by NASA as the E-Nose, which helps astronauts monitor the air quality on board their vessels, sniffing out anything that might cause a problem.

If you want to get a look into tomorrow’s world looks like one way is to buy some sci-fi novels. Question is, which ones? 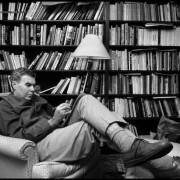 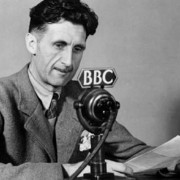