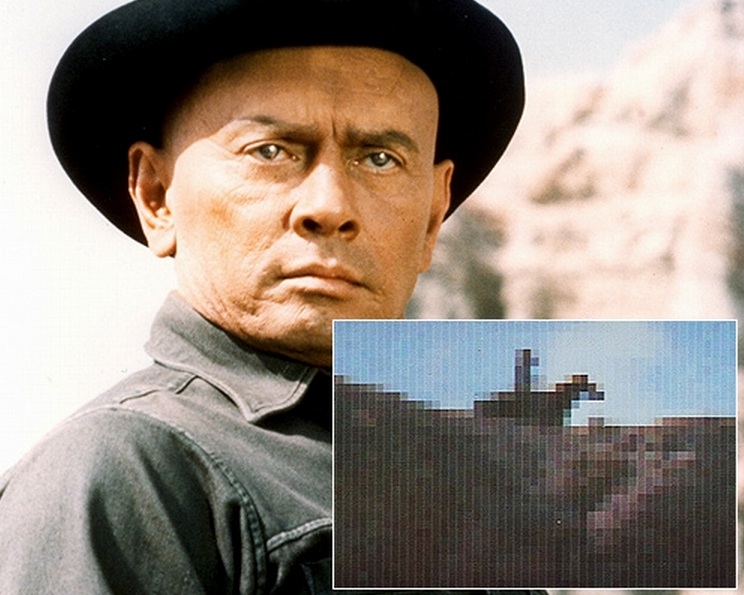 Computers play with numbers. Numbers form geometry. Boom. There you have it: computers were destined to become toolboxes for visual creative output. Mind blown, right?

Here are some oft-forgotten milestones in the early post WWII journey of computer graphics from simple wireframes and line drawings to photorealistic 3D effects in movies and on TV. Remember: Early computers were room-sized, hard to use versions of a cheap pocket calculator.. Even video editing workstations were decades away.

In the 50s, only big institutions owned computers. Oftentimes, institutional computers were available to rent for stuff like crunching statistics, financial reports or calculations for engineering problems, like building aircraft. And computer time wasn’t exactly cheap.

“Buying computer time” sounds a bit like how a certain company that used to snail mail dvds nowadays rents computers from that bookstore in Seattle to stream you moving images of ladies-only prison adventures and remakes of British neo-Machiavellian political dramas.

But no, there were no economies of scale to accommodate something like today’s consumer internet services. Today, Netflix may rent servers from Amazon. But no post-war bookstore would ever own a computer in the first place.

Still, in 1961 an expensive computer designed by the Swedish state was rented by the highway administration authority to render an early 3D animation of reckless driving down a highway. It’s one of the very first computer animations to be shown on TV. Swedish public service TV, that is. And the rendering was made to research safe highway construction.

Early programmers often had to carefully consider and plan their programs in advance while waiting for their turn to ride the number crunching machine. But engineers with access to institutional computers sometimes got the opportunity to play around when no rented jobs were in que.

All sorts of funny, artful people eventually got to dip their toes into spare computing time to play with geometric formulas. Before the 60s were over, computer made art had already entered the collections of institutions like The Museum of Modern Art in New York City.

“The 4th International Experimental Film Competition” sounds seriously arty, right? In 1967, Charles Csuri and James Shaffer, later recognized as early computer artists, won an award at that fancy event. Their art: A computer generated animation of a slowly-drawn shape of a hummingbird. Yeah, it’s a victory for computer maths, but the plot is a bit slow.

Luckily, because this post needs to be AMAZING, a team of Russians led by math and sciences educator Nikolay Konstantinov had by 1968 modeled the movements of a cat into frames for an animation.

I can’t say for sure if this is related to the cold war and the space race. But soviet academics sitting around rendering pre-internet cat videos does sound a bit like how their countrymen made a point of sending women into space right after their first dude. That was twenty years before the first female western astronaut.

Moving on a few years, computer animation continued to be used in various experimental short films but finally hit it big on the silver screen in the sci-fi Western thriller Westworld, written and directed by Michael Crichton.

Set in a near future, Westworld depicts an adult theme park where well-paying guests can interact with human-like robots in the most grown up ways imaginable: dueling and sexual intercourse. The theme park’s programming naturally goes haywire with a gunslinger android going after and actually killing guests.

The jaw-dropping effects were produced by processing footage shot on film into a pixelated android-point of view for suspenseful human-hunting sequences. I have to say that If I was an android, I’d dream of bloody revenge if I was stuck with vision worse than a 90s webcam.

Yes, you’re allowed to see a parallel to the famous killer cyborg vision sequences in the orginal Terminator movie from 1984.

Speaking of later inspirations and cyborgs, the series The Six Million Dollar Man (1973-1978) tells of a crashed astronaut whose failed body gets rebuilt with some fancy spare parts. His totally rad mods allow him to run at highway speeds, hit people with the strength of a bulldozer and enjoy infrared vision with 20:1 zoom.

This all gives him awesome powers, and obviously, the privileged job-market position of a secret agent. And an opening sequence with state of the art computer animation.

Talk to the hand

Going into the 80s, cinema CGI remained an expensive gimmick. But as Moore’s law dictated, things quickly got wild. In the next part of this series, we’ll learn how computer graphics developed beyond a few pixelated effects and line drawings here and there. You could say that a lot of the essential CGI innovation relates to a galaxy far, far away…

Just a hint: what happnened next has a lot to do with that 3D hand from Futureworld. It turns out the hand was built with essential 3D techniques still in in use today. It came from the 1972 work of computer scientist Edwin Catmull, who ended up founding a crew you may know as Pixar…