Despite the fact that women have helped shape science fiction from the beginning, female-penned novels are often mysteriously absent from the “Best-of” lists. There are many people that believe that women don’t (or even worse, can’t) write science fiction–which simply isn’t true. With this list, we celebrate some of the most influential and noteworthy sci-fi novels written by women.

Frankenstein is widely considered to be one of the first examples of modern science fiction. The novel, created during a writing contest with contemporaries John Polidori, Lord Byron, and Percy Shelley, has undoubtedly had a major influence on both the sci-fi and horror genres, as well as popular culture. No science fiction list would be complete without it.

It might be a children’s book and begin with the cliche line “It was a dark and stormy night”, but L’Engle’s novel has probably introduced more young sci-fi fans to the genre than any other novel. For this reason alone it deserves to celebrated as one of the greatest ever.

This groundbreaking feminist novel, described as a “thought experiment” by its author, introduces us to a society in which ambisexual beings can change their sex at will. As Le Guin herself has commented, “I eliminated gender, to find out what was left. Whatever was left would be, presumably, simply human.” The Left Hand of Darkness has also won both a Hugo award and a Nebula award in the same year, which is no easy feat. It’s safe to say that it’s a classic.

This award-winning novel delves into both parallel worlds and the complexities of gender, namely the meaning of womanhood. Written at the height of the second-wave Feminist movement, The Female Man tends to have a polarizing effect on modern readers–some argue that it’s outdated, while others hold that it remains relevant.

While this novel has won a Hugo award, it’s only the tip of the iceberg when it comes to Cherryh’s vast series of future history novels that spans centuries. Downbelow Station is often thought to be the best starting point for someone wishing to dive into this classic space opera.

Although Atwood prefers to call her work “speculative fiction” rather than science fiction, The Handmaid’s Tale, in which a woman gives a chilling account of her life as a reproductive concubine in a dystopian world, is essential to our list. While most would agree that Atwood’s work is well-regarded, this novel is particularly esteemed and is widely considered to be one of the best (and most terrifying) sci-fi novels of all time.

Because it’s an impossible task to choose only one Butler novel for our list, we’ve decided to go with Lilith’s Brood, which actually consists of three novels (Dawn, Adulthood Rites, and Imago) presented in one volume. The trilogy, also known as the Xenogenesis trilogy, details a dying Earth and the alien race that attempts to aid human survival through hybridization, while exploring complex themes of race, gender, and sexuality.

Willis is one of the most celebrated contemporary sci-fi authors and she has the awards to prove it. Doomsday Book, one of her most well-known novels, features a protagonist that takes a journey through time in order to scientifically observe the past. She mistakenly becomes trapped in England during the Black Death, and the grim story unravels on two separate timelines with touches of Willis’ trademark humor.

This novel set in the near future explores the effects of genetic engineering on society and the moral and philosophical issues that develop. Drawing from both Objectivism and Le Guin-influenced communism, Kress explores what might happen when part of the population no longer needs to sleep.

While not exactly a sci-fi novel, The Blazing World is often considered to be an important precursor to the genre. The 17th century utopian tale blends sci-fi elements such as interplanetary travel, fantastic technologies, and scientific discovery with adventure, romance, and social commentary. Cavendish, an author, philosopher, and scientist, was certainly ahead of her time.

Now that we’ve shared 10 of the greatest novels that we think exemplify the amazing work that women have contributed to the male-dominated science fiction genre, we’d like to hear what you think. What novels did we miss that you think belong on our list? Let us know down below. 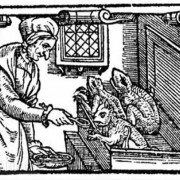