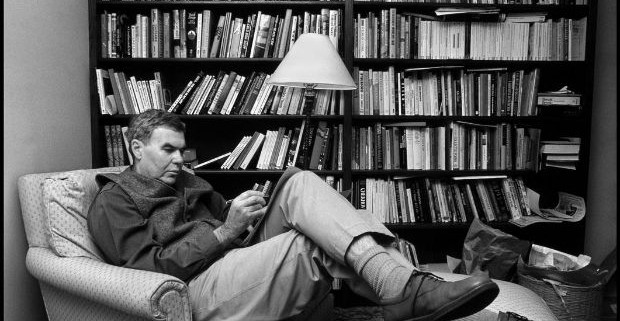 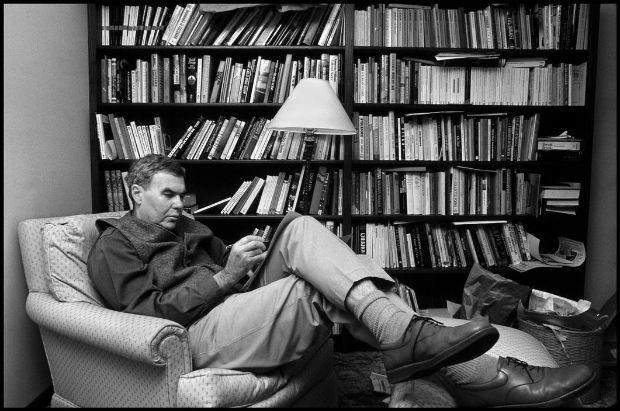 Ah, the short story: the icing on our literary cake! We love short fiction – we read it and write it, we buy it in bulk and try to entice everybody else to get on board the short story train. Think about it: a fraction of the length of a novel but with all the drama, emotion, linguistic jiggery and excitement that any five-hundred page beast can boast!

Anybody who’s telling you that the short story is the baby sibling clearly hasn’t been reading them, because short stories are absolutely where the action’s at. Sadly, though, the dynamo that is the contemporary publishing scene seems convinced that folks don’t want to read stories, and so you’ll not find as many collections in the shops as ought to be the case. We know better: there’s nothing petite about short stories except the page count, and it saddens us immensely to see this apparent decline. So, let’s take a quick look at the history of this fab form of lit…

In the beginning it was Grimm

The short story itself has roots in the ‘tale’ – think Brothers Grimm, think oral culture – but for our purposes here, the first identifiable English-language short story writer is usually considered to be Washington Irving, whose ‘Rip Van Winkle’ (1819) most kids eventually encounter.

Next came Nathaniel Hawthorne (Twice-Told Tales, 1837) and Edgar Allen Poe (Tales of the Grotesque and Arabesque, 1839), the latter of whom is also credited with inventing detective fiction. Whizzing forward through the nineteenth century, then, and across the Atlantic, we find ourselves smack in the middle of a short story boom: the burgeoning magazine industry that got going in the 1840s in the UK really took off by the 1880s and 1890s, meaning that writers like Charles Dickens who could produce one-off short pieces for the periodicals were onto a winner.

Go with the Poe

The term ‘short story’ itself didn’t really come into common usage until well into the twentieth century (though Poe is on record as using it about his own work back in 1840) and the form underwent numerous changes over the next hundred years. From the plot-driven detective stories of Poe, we meet the quiet uneventful stories in James Joyce’s Dubliners (1914), a game-changing text that introduced us to the idea of the epiphany: 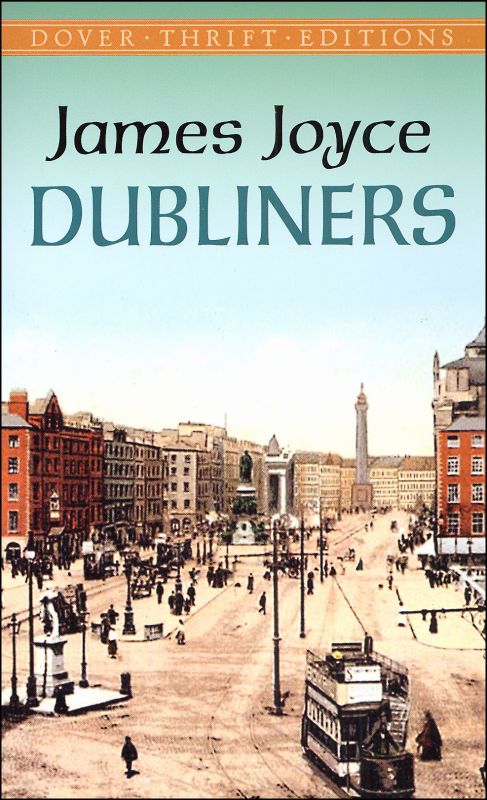 Joyce’s stories weren’t bound up with complex climactic plots, but with quiet moments of revelation (for better or worse) that made the reader reconsider the story – what once seemed ordinary can be reassessed in the light of a slight change as enormously significant, usually in terms of how we understand a particular character or snippet of society. This is when the short story gets, perhaps, a little more esoteric, a little less easy to digest, but it’s also when it became more profound and more complex and infinitely more rich, because whole new ways of writing were now available.

People still emulate Joyce today, but as the twentieth century progressed, more literary experimentation abounded, partly spurred by what we tend to call postmodernism (as opposed to Joyce’s modernism), and the short story changed with it. Folk like Donald Barthelme and Robert Coover started addressing the short story as a textual artifact, never letting you forget you’re reading a fictional construct – their work is weird and often bewildering, but also frequently hilarious. 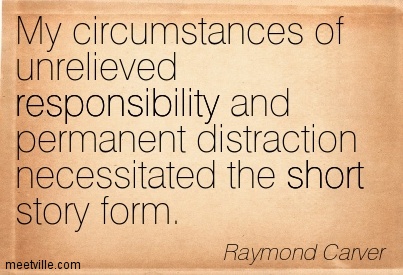 Then came Ray Carver (and his editor Gordon Lish) and a move towards realism and minimalism. In the nineteen fifties, a new sort of short story culture grew up, heavily influenced by Carver and Hemingway and dominated by graduate student fiction workshops: the short story suits the dynamic of a writing group and a university class system, so a new MFA-led writing culture began to lead the way in the USA. Magazine culture was still big – The New Yorker, the Atlantic and even Playboy were major players – and writers could make a living from short pieces if they kept at it, and if they could seduce the likes of Lish with their prose.

Moving towards the twenty-first century, shifts in economics, reading patterns, magazine and print media culture in general meant that this golden era couldn’t and didn’t last (The New Yorker is something of an exception). With fewer markets for short fiction in periodicals, publishers have shied away from it in print: readers don’t encounter short stories accidentally any more, while novels are hard to avoid, and a circular situation has developed whereby readers don’t get what they don’t ask for because they don’t know what it’s like enough to think to ask. Phew.

The short story, then, we’re told, is in decline. Do we believe this? Certainly the big publishers bring out far fewer story collections than novels, but the MFA system is getting bigger and bigger and the writers are still producing the goods.

Small publishers still take chances on collections and the internet is a goldmine of quality short fiction – check out big hitters like Granta and university-based sites like the UK’s The Manchester Review or the USA’s PANK, amongst thousands of others. Alice Munro, widely regarded as the best living short story writer, took home the Nobel Prize for Literature in 2013; Lydia Davis won the International Man Booker Prize the same year for a diverse career that includes writing hundreds of acclaimed very short stories, also known as ‘flash fiction’.

So is it time to put the short story to bed? Not a chance! In fact, we’re saying so long to the naysayers and we’re cracking open the latest Lorrie Moore – or, no, some A.L. Kennedy – or, no, Annie Proulx, or Philip O Ceallaigh, Denis Johnson, Sarah Hall… 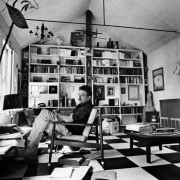 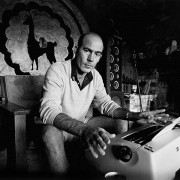 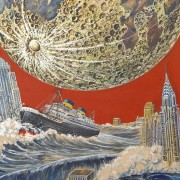 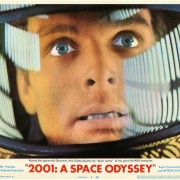 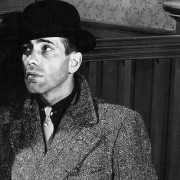 Flip-flopping fashion: The strange and turbulent history of the fedora
4 replies

Aldous Huxley v George Orwell: Which British writer is the most influential...