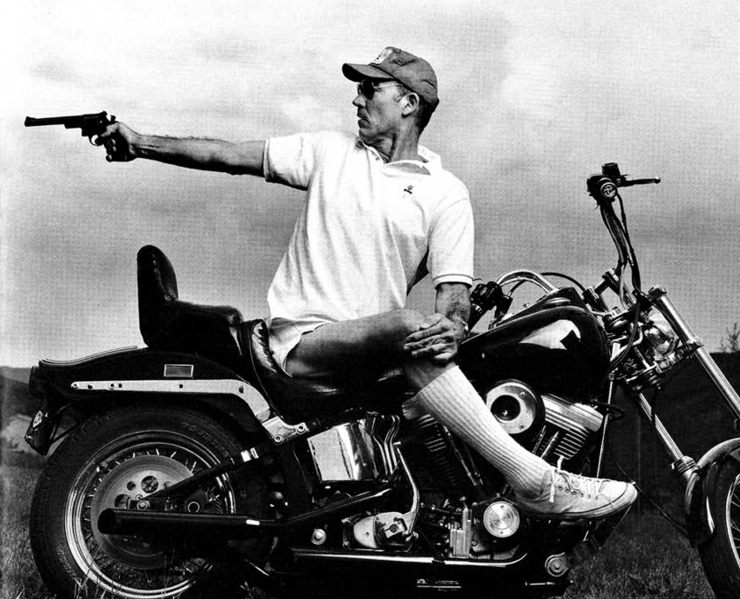 Famed as the creator of gonzo journalism, the highly subjective blend of fact and fiction, Hunter S. Thompson is arguably one of America’s greatest ever chroniclers of drug-soaked, addle-brained, rollicking good times. He is best known for his novel Fear and Loathing in Las Vegas, which first appeared as a two-part series in Rolling Stone magazine in 1971. This tale of a long weekend road trip has gone down in the annals of American pop culture as one of the strangest journeys ever undertaken and perfectly showcases Thompson’s outlook on life. But it’s not just in his works that he shares his opinion about life, love and the world at large. Thompson was a man who never shied away from speaking his mind and the internet is littered with his quotes.

END_OF_DOCUMENT_TOKEN_TO_BE_REPLACED

Some things only improve with age: oak trees, hard cheeses, George Clooney… Some novels, also, get better and better; remove them from the initial hype and throw in some historical context and the time to reread (and reread and reread), and you’re left with the most stimulating and rewarding of texts. Here’s a handful of books from the 1960s that we think are ageing particularly well…

END_OF_DOCUMENT_TOKEN_TO_BE_REPLACED

Karl Lagerfeld once said “Fashion and music are the same, because music expresses its period too.” We’re not sure we agree 100% with the fashion supremo, but there’s no denying music and fashion often dance hand in hand. To see for yourself, check out some cool kit inspired by these top tunes of the day.