You already know Thomas Edison, the famed inventor that gave us important innovations such as the phonograph and the light bulb. In addition to these well-known inventions, Edison also held somewhere around 2,332 patents worldwide, many of which have been forgotten, never caught on, or even failed miserably.

One of Edison’s forgotten inventions that failed is his Talking Doll. After coming up with the phonograph in 1877, Edison created the first talking doll prototypes in 1888, which used a pre-recorded tin cylinder. By the time the dolls were put on the market in 1890, the tin cylinder was switched to a wax cylinder for unknown reasons. The dolls stood 22” high and had metal bodies containing a tiny phonograph with a horn pointing to holes in the chest. By slowly turning a small crank, the dolls would recite a nursery rhyme in a child-like (and terrifying) voice. Even Edison himself thought the recordings were creepy, saying “the voices of the little monsters were exceedingly unpleasant to hear.” Each doll had a unique recording, because there was no way to mass produce them at the time. You can listen to one here, but don’t say I didn’t warn you.

Unfortunately, the dolls failed pretty hard. Not only were they were extremely expensive, costing about 2 weeks pay for an unclothed doll and twice that for a fully-clothed one, but they didn’t really work. Switching from tin cylinders to wax caused a lot of problems, and most were damaged either in shipping or after playing the recordings just a few times. After going on sale in New York on April 7, 1890 fewer than 500 dolls were actually sold, most of which were returned by irate customers. Production ceased in May, making the Edison talking doll an extremely rare and sought-after curiosity these days. 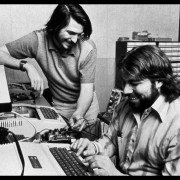